Care Articles Jobs Texarkana, How Are We Doing? 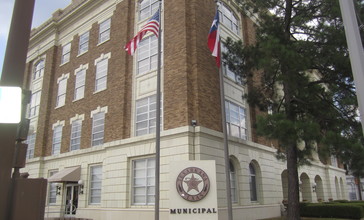 I took photo of municipal building in Texarkana, TX, with Canon camera on June 9, 2012.Billy Hathorn (talk) 23:22, 28 June 2012 (UTC) by No machine-readable author provided. Billy Hathorn assumed (based on copyright claims). is licensed under CC BY-SA 3.0

Share:
Care Articles Jobs Texarkana, How Are We Doing?

Texarkana is a city in Bowie County, Texas, United States, located in the Ark-La-Tex region.