Care Articles Jobs Longview, How Are We Doing? 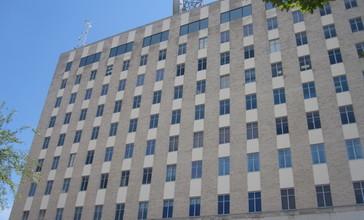 I took photo with Canon camera. by Billy Hathorn is licensed under CC BY-SA 3.0

Share:
Care Articles Jobs Longview, How Are We Doing?

Longview is a city in Gregg and Harrison counties in the U.S. state of Texas.

As of the 2010 census, the population was 80,455. The estimated population in 2015 was 82,287. Most of the city is located in Gregg County, of which it is the county seat; a small part extends into the western part of neighboring Harrison County. Longview is located in East Texas, where Interstate 20 and U.S. Highways 80 and 259 converge just north of the Sabine River.

Longview is the principal city of the Longview Metropolitan Statistical Area, comprising Gregg, Upshur, and Rusk counties (population 217,781). Longview is considered a major hub city for East Texas, as is the nearby city of Tyler. In 2014, Forbes magazine ranked Longview as the sixth fastest-growing small city in the United States.

Transportation
Airport
East Texas Regional Airport, 9 miles (14 km) south of the city center, offers service to Dallas/Fort Worth International Airport via Envoy Air. The airport continues to grow. In 2007, it was designated a foreign trade zone.

Rail service
Amtrak passenger rail service is available on the Texas Eagle through a downtown terminal. Longview's Amtrak station is the second-busiest in Texas and the fourth-busiest station along the Texas Eagle route. Daily trains between Chicago and San Antonio stop each morning (Chicago–San Antonio) and each evening (San Antonio–Chicago). Monday, Wednesday and Friday, the Longview station serves the Chicago to Los Angeles trains. The return train, Los Angeles to Chicago, stops in Longview on Sunday, Tuesday, and Friday. It serves about 20–50 passengers per day.

Marilyn McLeod
Marilyn McLeod
Longview, TX
Longview
I believe that this town is age friendly, reason being Longview is made up of many baby boomers who helped establish this town and the great economy.
Upvote 0
Downvote 0

Age Friendly Anonymous User
Age Friendly Anonymous User
Longview, TX
Longview
I am not particularly familiar with the mindset of the leadership in Longview regarding are friendly topics but I do know Longview has some wonderful assisted living facilities, neighborhoods and subdivisions that cater to the mature population. It has facilities for senior adults as well as programs and services to assist the older community members. Our downtown is especially accessible to wheelchairs and other walking devices to allow for convenience for those who need it. We have a "meals on wheels" program that is active in our community.
Upvote 0
Downvote 0

Kylie McCarthy
Kylie McCarthy
Longview, TX
Longview
The town is a god loving place, every one around here is so sweet and caring. Always willing to help a stranger. The education system here is wonderful, I've personally never seen so many students that are focused and well behaved in the schools like they are here. They are not perfect but I would say they are close.
Upvote 0
Downvote 0