Care Articles Jobs Hackensack, How Are We Doing? 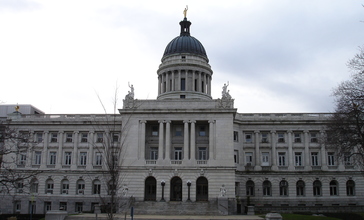 The Bergen County courthouse in Bergen County, New Jersey, USA. I took this photo myself on 1/9/2007. by KForce at English Wikipedia is licensed under CC-BY-SA-3.0

Share:
Care Articles Jobs Hackensack, How Are We Doing?
Hackensack is a city in Bergen County in New Jersey, United States, and serves as its county seat. The area was officially named New Barbadoes Township until 1921, but it was informally known as Hackensack since at least the 18th century. As of the 2010 United States Census, the city's population was 43,010, reflecting an increase of 333 (+0.8%) from the 42,677 counted in the 2000 Census, which had, in turn, increased by 5,628 (+15.2%) from the 37,049 counted in the 1990 Census.An inner suburb of New York City, Hackensack is located approximately 12 miles (19 km) northwest of Midtown Manhattan and about 7 miles (11 km) from the George Washington Bridge. From a number of locations, the New York City skyline can be seen.The Metropolitan Campus of Fairleigh Dickinson University straddles the Hackensack River in both Hackensack and Teaneck. Hackensack is also the home of the New Jersey Naval Museum and the World War II submarine USS Ling. Astronaut Wally Schirra is perhaps Hackensack's most famous native son. The city is known for a great diversity of neighborhoods and land uses very close to one another. Within its borders are the prominent Hackensack University Medical Center, a trendy high-rise district about a mile long, classic suburban neighborhoods of single-family houses, stately older homes on acre-plus lots, older two-family neighborhoods, large garden apartment complexes, industrial areas, the Bergen County Jail, a tidal river, Hackensack River County Park, Borg's Woods Nature Preserve, various city parks, large office buildings, a major college campus, the Bergen County Court House, a vibrant small-city downtown district, and various small neighborhood business districts.