Care Articles Jobs Glendale, How Are We Doing? 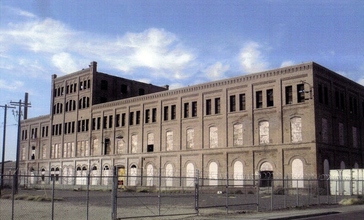 This is an image of a place or building that is listed on the National Register of Historic Places in the United States of America. Its reference number is by Tony the Marine (talk) is licensed under CC BY-SA 3.0

Share:
Care Articles Jobs Glendale, How Are We Doing?

Glendale is a city in Maricopa County, Arizona, United States, located about nine miles (14 km) northwest from Downtown Phoenix. According to the 2010 census, the population of the city is 226,721.

Education
This 1917 Nash Fire Truck was the first motorized fire truck of the Glendale Fire Department. The truck was manufactured by the Nash Motors Company and is on exhibit at the Glendale Training Center located at 11330 W. Glendale Ave. in Glendale, Arizona.
There are a number of higher education campuses in Glendale. Glendale Community College and Glendale Community College North, just across the border in northwestern Phoenix, are members of the Maricopa County Community College District. Arizona State University's Thunderbird School of Global Management was founded in Glendale at Thunderbird Field after World War II and recently relocated its campus to the downtown location of ASU after joining the university as an independent unit dedicated to international business education. West campus is just across the border from Glendale in west Phoenix. Midwestern University is a graduate college of medicine located in Glendale.
Many school districts serve the city of Glendale.

Arizona's Antique Capital
Glendale bills itself as "Arizona's Antique Capital", with support for its claim from both Sunset magazine (2004) and a 1998 article in USA Today. Glendale is home to the popular Arrowhead Towne Center mall in the northwest part of the city. Glendale also is home to Midwestern University, metropolitan Phoenix's first medical school, as well as a major post-graduate international business school: the Thunderbird School of Global Management.
An extension of Valley Metro Rail service is planned to serve the city, opening in 2026, reprising a role played by the Phoenix Street Railway between 1911 and 1926.

Historic buildings
There are numerous properties in the city of Glendale which are considered to be historical and have been included either in the National Register of Historic Places or the listings of the Glendale Arizona Historical Society. At the end of the article are some of these properties with a short description of the same.