Care Articles Jobs Gaithersburg, How Are We Doing? 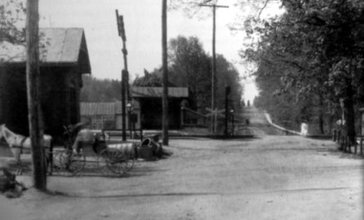 Share:
Care Articles Jobs Gaithersburg, How Are We Doing?

At the time of the 2010 U.S. Census, Gaithersburg had a population of 59,933, making it the fourth largest incorporated city in the state, behind Baltimore, Frederick, and Rockville. Gaithersburg is located to the northwest of Washington, D.C., and is considered a suburb and a primary city within the Washington–Arlington–Alexandria, DC–VA–MD–WV Metropolitan Statistical Area.

Gaithersburg was incorporated as a town in 1878 and as a city in 1968. Gaithersburg is divided into east and west sections, separated by Interstate 270. The eastern section of the city is older and is the original portion of the town before more recent growth. Landmarks and buildings from that time can still be seen in many places but especially in the historic central business district of Gaithersburg called "Olde Towne".

The east side also includes Lakeforest Mall, City Hall, and the Montgomery County Fair grounds, and Bohrer Park (a well-known joint community recreation center and outdoor water park for kids and families). The west side of the city has many wealthier neighborhoods that were designed with smart growth techniques and embrace New Urbanism. These include the award-winning Kentlands community, the Lakelands community, and the Washingtonian Center (better known as The Rio), a popular shopping/business district.

Consumers often come to this area during Black Friday and other shopping holidays for the deals and variety of huge brand name stores like Target and Dick's Sporting Goods, and smaller stores like Francesca's and Blue Mercury. Two New Urbanism communities are under construction, including Watkins Mill Town Center (Casey East and West), and the massive "Science City".

The state has a bus rapid transit line, Corridor Cities Transitway or "CCT", planned for the western portion of the city starting at Shady Grove Metro Station and connecting all the high density western Gaithersburg neighborhoods with a total of eight stops planned in the city. The National Institute of Standards and Technology (NIST) is headquartered in Gaithersburg directly west of I-270.

Other major employers in the city include IBM, Lockheed Martin Information Systems and Global Services business area headquarters, MedImmune (a wholly owned subsidiary of AstraZeneca), and the French multinational corporation, Sodexo. Gaithersburg is also the location of the garrison of the U.S. Army Reserve's 220th Military Police Brigade. Gaithersburg is noted for its ethnic and economic diversity; WalletHub in 2016 ranked it first among the 313 largest U.S. cities for ethnic diversity and second for social class diversity.