Care Articles Jobs Forney, How Are We Doing? 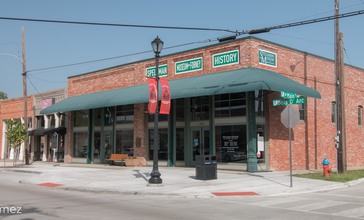 The city of Forney, Texas by Renelibrary is licensed under CC BY-SA 4.0

Share:
Care Articles Jobs Forney, How Are We Doing?

Forney is a city in Kaufman County, Texas, United States and has been named by the Texas legislature as the "Antique Capital of Texas".

Weather
On April 3, 2012, an EF-3 tornado struck the city as part of the tornado outbreak of the same date. Several homes were completely destroyed, and many others were severely damaged in the Diamond Creek subdivision. The tornado caused significant roof damage to Crosby Elementary School in Forney. A car in the parking lot of the school was tossed about 300 yards and found in a field. Less severe damage was reported in downtown Forney and to a dry cleaning business. Despite the severe damage, no deaths occurred. However, seven people sustained injuries from the tornado. No deaths were reported from either the Forney tornado or any other tornado that day.

Education
The Forney Independent School District serves Forney, Talty, an annex of Mesquite, and part of the community of Heartland. Forney is served by several elementary schools, Warren Middle School, Brown Middle School, Forney High School, and North Forney High School. In 2010, the district received an academic rating of "Exemplary" based on the test results of the Texas Assessment of Knowledge and Skills (TAKS). The district also has an eBook program, where students in high school, middle school, and elementary school beginning in the fifth grade are provided with a laptop for schoolwork.

Climate
The climate in this area is characterized by hot, humid summers and generally mild to cool winters. According to the Köppen Climate Classification system, Forney has a humid subtropical climate, abbreviated "Cfa" on climate maps.

Dyan Wilson
Dyan Wilson
Forney, TX
Forney
Amazing Senior Citizen Center. Lots of money alloted to our center for our seniors to have lots of parties, good food, and field trips Seniors in Forney are loved and respected. They are often in the Forney newspaper with different stories of what Forney used to look like.
Upvote 0
Downvote 0