Care Articles Jobs Columbia, How Are We Doing? 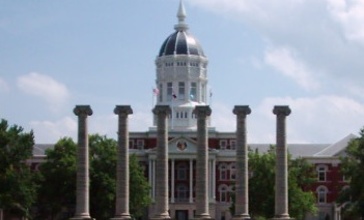 Share:
Care Articles Jobs Columbia, How Are We Doing?
Columbia is a city in Missouri and the county seat of Boone County. Founded in 1821, it is home to the University of Missouri and is the principal city of the Columbia metropolitan area. It is Missouri's fourth most-populous city, with an estimated 120,612 residents in 2016. As a Midwestern college town, the city has a reputation for progressive politics, persuasive journalism, and public art. The tripartite establishment of Stephens College (1833), the University of Missouri (1839), and Columbia College (1851), which surround the city's central business district to the east, south, and north, has made Columbia a center of learning. At the center of Downtown is 8th Street, also known as the Avenue of the Columns, which connects Francis Quadrangle and Jesse Hall to the Boone County Courthouse and the City Hall. Originally an agricultural town, the cultivation of the mind is Columbia's chief economic concern today. Never a major center of manufacturing, the city also depends on healthcare, insurance, and technology businesses. Companies such as Shelter Insurance, Carfax, and Slackers CDs and Games, were founded in the city. Cultural institutions include the State Historical Society of Missouri, the Museum of Art and Archaeology, and the annual True/False Film Festival. The Missouri Tigers, the state's only major college athletic program, play football at Faurot Field and basketball at Mizzou Arena as members of the rigorous Southeastern Conference. The city rests upon the forested hills and rolling prairies of Mid-Missouri, near the Missouri River valley, where the Ozark Mountains begin to transform into plains and savanna. Limestone forms bluffs and glades while rain dissolves the bedrock, creating caves and springs which water the Hinkson, Roche Perche, and Bonne Femme creeks. Surrounding the city, Rock Bridge Memorial State Park, Mark Twain National Forest, and Big Muddy National Fish and Wildlife Refuge form a greenbelt preserving sensitive and rare environments. The first humans, who entered the area at least twelve thousand years ago, were nomadic hunters. Later, woodland tribes lived in villages along waterways and built mounds in high places. The Osage and Missouria nations were expelled by the exploration of French traders and the rapid settlement of American pioneers. The latter arrived by the Boone's Lick Trail and hailed from the slave-owning culture of the Upland South, especially Virginia, Kentucky, and Tennessee, giving Boonslick the name "Little Dixie" during the American Civil War. German, Irish, and other European immigrants soon joined. The modern populace is unusually diverse, over eight percent foreign-born. While White and Black remain the largest ethnicities, people of Asian descent are now the third-largest group. The city has been called the "Athens of Missouri" for its classic beauty and educational emphasis, but is more commonly called "CoMo".

Claudia Turner
Claudia Turner
Columbia, MO
Columbia
Columbia has a Senior Center, a variety of educational opportunities for older students . The people of all ages seem friendly and helpful but I just moved to Columbia in June 2018. My parents retired here in the 70's so I know Columbia through them and both grandparents. One grandpa taught at M.U. for 53 years and one at Stephens College.
Upvote 0
Downvote 0

How did Missouri earn the grade of C+? We examined the state taxes based on how age friendly they are. Missouri has a state sales tax of 4.23%. Of particular interest is that Missouri does have taxes on social security. There are no estate taxes. There are no taxes imposed on inheritance. Missouri has an effective property tax rate of 1.00%. Weighing these taxes and other taxes most likely to impact the aging population is how Missouri earned its state tax grade of C+.

Learn more about taxes in Missouri