Care Articles Jobs Avondale, How Are We Doing? 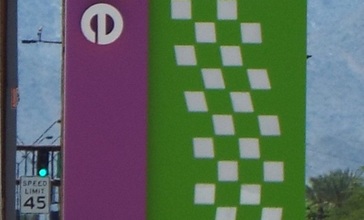 Share:
Care Articles Jobs Avondale, How Are We Doing?

Avondale is a city in Maricopa County, Arizona, United States, adjacent to Phoenix.

According to the 2010 census, the population of the city is 76,238. Avondale, incorporated in 1946, experienced rapid residential and commercial growth in the years since 1980. Once primarily a sparsely populated farming community with many acres of alfalfa and cotton fields, Avondale has transformed into a major bedroom suburb for Phoenix. Several major residential subdivisions and shopping centers have recently been built on former farmland, many adjacent to Interstate 10. Phoenix Children's Hospital has a satellite facility (the Southwest Valley Urgent Care Center), at the corner of Avondale Boulevard and McDowell Road.

Climate
Avondale has a large amount of sunshine year round due to its stable descending air and high pressure. According to the Köppen Climate Classification system, the city has a Hot desert climate, abbreviated "Bwh" on climate maps.

Snow is rare in the area, occurring once every several years. Lows in the winter occasionally dip below freezing, which may damage some desert plants such as saguaros and other cacti. In the summer (mainly July, August and early September), the North American Monsoon can hit the Phoenix area in the afternoon and evening (possibly continuing overnight), causing rain showers even from a sunny morning. Dust storms are occasional, mainly during the summer.