Care Articles Jobs Yarmouth, How Are We Doing? 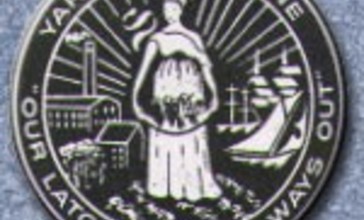 Share:
Care Articles Jobs Yarmouth, How Are We Doing?

Yarmouth is a town in Cumberland County, Maine, located twelve miles north of the state's largest city, Portland. The town was settled in 1636 and incorporated in 1849. Its population was 8,349 in the 2010 census. As of 2015's estimation, this is about 0.6% of Maine's total population.

Yarmouth is part of the Portland–South Portland-Biddeford Metropolitan Statistical Area.

The town's proximity to the Atlantic Ocean and its location on the banks of the Royal River, which empties into Casco Bay less than a mile away, means it is a prime location as a harbor. Ships were built in the harbor mainly between 1818 and the 1870s, at which point demand declined dramatically. Meanwhile, the Royal River's four waterfalls within Yarmouth, whose Main Street sits about 80 feet above sea level, resulted in the foundation of almost sixty mills between 1674 and 1931.

The annual Yarmouth Clam Festival attracts around 120,000 people (around fourteen times its population) over the course of the three-day weekend.

Today, Yarmouth is a popular dining destination, with (as of June 2018) fourteen sit-down restaurants. This equates to an average of just over one restaurant per square mile of land area.

It has been designated a Tree City USA community every year since 1979; 39 years ago.

There are no reviews for Yarmouth yet.

How did Maine earn the grade of C? We examined the state taxes based on how age friendly they are. Maine has a state sales tax of 5.50%. Of particular interest is that Maine does not have taxes on social security. There are estate taxes. There are no taxes imposed on inheritance. Maine has an effective property tax rate of 1.32%. Weighing these taxes and other taxes most likely to impact the aging population is how Maine earned its state tax grade of C.

Learn more about taxes in Maine