Care Articles Jobs Palo Alto, How Are We Doing? 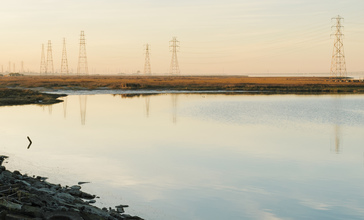 Share:
Care Articles Jobs Palo Alto, How Are We Doing?

Palo Alto ( PAL-oh AL-toh; Spanish: [ˈpalo ˈalto]; from palo, literally "stick", colloquially "tree", and alto "tall"; meaning: "tall tree") is a charter city located in the northwest corner of Santa Clara County, California, in the San Francisco Bay Area of the United States. Palo Alto was established by Leland Stanford Sr. when he founded Stanford University, following the death of his son, Leland Stanford Jr. The city includes portions of Stanford University and is headquarters to a number of high-technology companies, including Hewlett-Packard (HP), Space Systems/Loral, VMware, Tesla, Ford Research and Innovation Center, PARC, IDEO, Skype, Palantir Technologies, and Houzz. It has also served as an incubator to several other high-technology companies such as Google, Facebook, Logitech, Intuit, Pinterest, and PayPal. Palo Alto shares its borders with East Palo Alto, Mountain View, Los Altos, Los Altos Hills, Stanford, Portola Valley, and Menlo Park. It is named after a coast redwood tree called El Palo Alto. As of the 2010 census, the city's total resident population is 64,403. Palo Alto is one of the most expensive cities in the United States to live in and its residents are amongst the highest educated in the country.

There are no reviews for Palo Alto yet.