Care Articles Jobs Keswick, How Are We Doing? 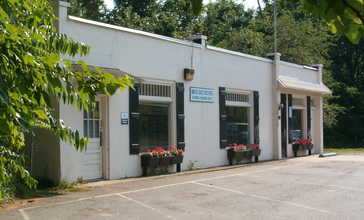 Share:
Care Articles Jobs Keswick, How Are We Doing?
Keswick is an unincorporated community in Albemarle County, Virginia, United States, about six miles east of Charlottesville. Keswick has few businesses, and lacks a central business district. It is predominantly residential, with a mixture of large farms, estates, middle-income, and low-income housing. Since many of the parcels of land in Keswick are large, it is relatively undeveloped and retains its natural environment, which includes views of the Southwest Mountains. The drive through Keswick "has often been cited as one of the most scenic in America," writes the New York Times. Many of the estates were plantations in the 18th century. No major development took place in Keswick until the 1990s, and the development since then has been subject to strict scrutiny by Albemarle County officials. The town includes Keswick Hall, a club and estate which includes a golf course. The town is also home to Keswick Vineyards, a family owned and operated vineyard and winery. Oakland School, a special boarding and day school for children with learning disabilities, is in Keswick, as is the Little Keswick School, a boarding school for students with social skill and emotional struggles, not to be confused with a treatment center. A CSX freight rail line runs through the town. The Shackelford family, long prominent in Albemarle and Orange counties and in the Monticello Association, has a family cemetery in Keswick. The postal delivery area by the name of Keswick is larger than Keswick itself, extending to the north nearly to Gordonsville and to the west to Stony Point, encompassing towns too small to have a post office, including Cash Corner, Cismont, Lindsay, Stony Point, Boyd Tavern, Cobham, Whitlock, and Rosena. East Belmont, Limestone, and Southwest Mountains Rural Historic District are listed on the National Register of Historic Places.

There are no reviews for Keswick yet.