Care Articles Jobs Fruitland, How Are We Doing? 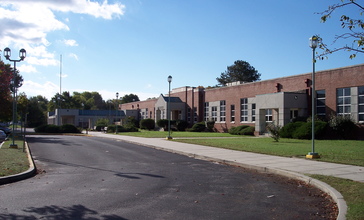 Share:
Care Articles Jobs Fruitland, How Are We Doing?

Fruitland is a city in Wicomico County, Maryland, United States.

The population was 4,866 at the 2010 census. It is included in the Salisbury, Maryland-Delaware Metropolitan Statistical Area.

Schools
Fruitland Intermediate School
Fruitland Primary School (K-2) and Fruitland Intermediate School (3-5) are within Fruitland's city limits and are operated by Wicomico County Public Schools, which serve the city and surrounding area. Students from Fruitland schools feed into Bennett Middle School (6-8) and then into either James M. Bennett High School or Parkside High School, all of which are located in Salisbury.

Climate
Climate is characterized by relatively high temperatures and evenly distributed precipitation throughout the year. The Köppen Climate Classification subtype for this climate is "Cfa" (Humid Subtropical Climate).

Age Friendly Anonymous User
Age Friendly Anonymous User
Fruitland, MD
Fruitland
I stay alone. I don't do anything in this state to find out what's going on. I do know they have a nice zoo that is free and I love going there. The Mac center is in Salisbury and I can't stand that place and won't go there. They have done nothing for me. I also tried other things around here, but everyone wants to be paid for their services. Even when they say you don't have to pay they will 100 percent send you a bill. That means I don't try any of the services anymore.
Upvote 0
Downvote 0