Care Articles Jobs Fort Monmouth, How Are We Doing? 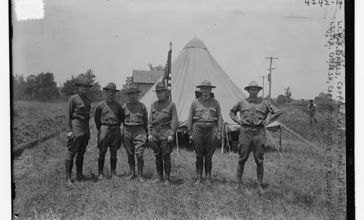 Share:
Care Articles Jobs Fort Monmouth, How Are We Doing?
Fort Monmouth is a former installation of the Department of the Army in Monmouth County, New Jersey. The post is surrounded by the communities of Eatontown, Tinton Falls and Oceanport, New Jersey, and is located about five miles (8.0 km) from the Atlantic Ocean. The post covers nearly 1,126 acres (4.56 km2) of land, from the Shrewsbury River on the east, to Route 35 on the west; this area is referred to as 'Main Post'. A separate area (Camp Charles Wood) to the west includes post housing, a golf course, and additional office and laboratory facilities. A rail line, owned by Conrail, runs through Camp Charles Wood and out to Naval Weapons Station Earle. The post is like a small town, including a Post Exchange (PX), health clinic, gas station and other amenities. Until the September 11, 2001 terrorist attacks the post was open to the public to drive through; after that time, the post was closed to all but authorized personnel. The main road through the fort was reopened to the public in 2017. The post was home to several units of the U.S. Army Materiel Command and offices of the Army Acquisition Executive (AAE) that research and manage Command and Control, Communications, Computing, Intelligence, Surveillance and Reconnaissance (C4ISR) capabilities and related technology, as well as an interservice organization designed to coordinate C4ISR, an academic preparatory school, an explosive ordnance disposal (EOD) unit, a garrison services unit, an Army health clinic, and a Veterans Administration health clinic. Other agencies, including the Federal Bureau of Investigation, Federal Emergency Management Agency and the National Security Agency, have presences on the post. The post was selected for closure by the Base Realignment and Closure Commission in 2005. Most Army functions and personnel were required to be moved to Army facilities in Maryland—such as Aberdeen Proving Ground—and Ohio by 2011. The post officially closed on September 15, 2011. However, it was temporarily reopened on December 2, 2012, for the evacuation of the borough of Paulsboro's residents to be temporarily resettled to the former Fort Monmouth until it is deemed safe for them to move back to Paulsboro, following a freight train derailment on November 30, 2012.

There are no reviews for Fort Monmouth yet.