Care Articles Jobs Amelia, How Are We Doing? 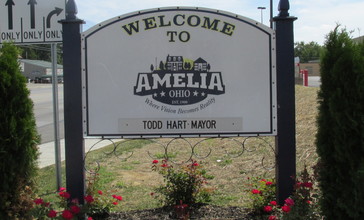 Share:
Care Articles Jobs Amelia, How Are We Doing?

The population was 4,801 at the 2010 census. Amelia incorporated in 1900. In November 2019, residents voted to dissolve the village over the imposition of a local income tax.

Education
Amelia has a public library, a branch of the Clermont County Public Library.

Dissolution
In 2008, Amelia Village Council proposed a one-percent income tax to cover maintenance of Ohio State Route 125 within the village. In response to the proposal, Amelia Residents for Fiscal Responsibility gathered a petition to dissolve the village into Pierce and Batavia townships. The Clermont County Board of Elections initially rejected the petition after invalidating many of the signatures, but the group succeeded in adding the initiative to a May 5, 2009, special election. Amelia survived the election by a margin of 865 to 401.

On February 5, 2018, the council unanimously adopted the proposed one-percent income tax in an emergency ordinance, without the usual three readings, to meet a deadline imposed by the Regional Income Tax Authority. The tax went into effect on July 1, 2018, making Amelia the last village in Clermont County to impose an income tax after cuts to the state's local government fund and one of more than 600 cities and villages in Ohio that tax income. Former councilmember Renee Gerber subsequently led a petition drive for dissolution. A June 29 council meeting became heated over the tax and dissolution campaign.