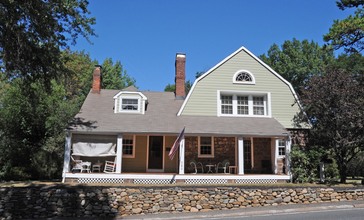 This is an image of a place or building that is listed on the National Register of Historic Places in the United States of America. Its reference number is by JERRYE & ROY KLOTZ MD is licensed under CC BY-SA 4.0

Share:
Care Articles Jobs Wyckoff, How Are We Doing?
Wyckoff is a township in Bergen County, New Jersey, United States. As of the 2010 United States Census, the township's population was 16,696, reflecting an increase of 188 (+1.1%) from the 16,508 counted in the 2000 Census, which had in turn increased by 1,136 (+7.4%) from the 15,372 counted in 1990. As of the 2010 Census, Wyckoff ranked 55th in highest-income places in the United States with a population of at least 10,000 at $103,614 HHI. Statewide, Wyckoff ranked 41st among New Jersey locations by per capita income, with a per capita money income of $49,375 as of 1999, an increase of 49.1% from the $33,124 recorded in 1989.From the mid-18th century, what is now Wyckoff was a community within Franklin Township, formed on June 1, 1797, when Saddle River Township (now Saddle Brook) was split, which consisted of most of northern Bergen County west of the Saddle River. Starting in the 1840s, several new municipalities were created from portions of Franklin Township (Pompton Township on April 10, 1797, Hohokus Township (now Mahwah) on April 9, 1849, and Ridgewood Township on March 30, 1876; remaining now the Village of Ridgewood), so that today what is now Wyckoff borders eight different communities. Wyckoff was formed as a township by an act of the New Jersey Legislature on November 2, 1926, replacing Franklin Township, based on the results of a referendum held that day. Portions of Wyckoff were ceded to Midland Park based on the results of a referendum held on June 9, 1931.Though there is no solid historical evidence for any of the various theories, the most commonly given origin for the name Wyckoff, which was the origin accepted by the township committee when the municipality was established, is that the name is from the Lenape word wickoff, meaning "high ground", or that it is from wickok meaning "water". However, similarly named Wyckoff Heights in New York City is named after the Wyckoff family, who settled in the New York/New Jersey area when both states were part of the Dutch colony of New Netherlands. Other sources ascribe the name to Wicaugh in Malpas, England.

There are no reviews for Wyckoff yet.