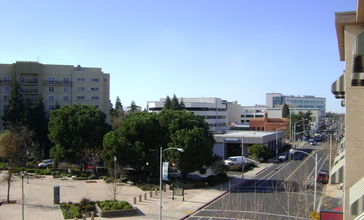 Visalia Acequia Ave. by Capricorn90 is licensed under CC BY-SA 3.0

Share:
Care Articles Jobs Visalia, How Are We Doing?

The population was 130,104 at the 2015 census. Visalia is the 5th largest city in the San Joaquin Valley after Fresno, Bakersfield, Stockton and Modesto; the 44th most populous in California; and 198th in the United States. As the county seat of Tulare County, Visalia serves as the economic and governmental center to one of the most productive single agricultural counties in the country. Yosemite, Sequoia, and Kings Canyon National Parks are located in the nearby Sierra Nevada mountains, the highest mountain range in the contiguous United States.

The city is divided into neighborhoods, some of which were incorporated places or communities. There are also several independent cities around Visalia that are popularly grouped with the city of Visalia, due to its immediate vicinity. Generally, the city is divided into the following areas: Downtown Visalia, North Visalia, The Eastside, Southwest Visalia, the Industrial Area, Mooney, and the Westside.

Visalia has a rich architectural history including many extant buildings dating to the mid-late 1800s. Throughout the town center are many historic brick structures, including the Bank of Italy (currently Bank of the Sierra) and the Art Deco/Beaux-Arts Visalia Town Center Post Office, both of which are registered with the National Register of Historic Places. In addition to many other historic buildings and Victorian houses, Visalia is also home to a distinctive Fox Theatre, which was restored by a community group known as "Friends of the Fox" and currently serves as a live venue for music and stage performances.

The highest point in the Visalia–Porterville area is Mount Whitney. Located at the far reaches of the Sierra Nevada roughly 58 miles east of the city, it reaches a height of 14,505 ft (4,421 m). The hilliest parts of the Visalia area are the Venice Hills and the entire Sierra Nevada foothills east of the city. There are four main streams that run through the city. The major stream is the St. John's River, which begins at the diversion dam in the Kaweah River and is largely seasonal. The others are Mill Creek, Cameron Creek, and Packwood Creek. There are also many smaller creeks that flow through the city. The Friant-Kern Canal runs just east of the city along the western edge of the Sierra Nevada Foothills.

Geology
Visalia is subject to earthquakes due to its proximity to the Pacific Ring of Fire. The geologic instability produces numerous fault lines both above and below ground, which altogether cause approximately 10,000 earthquakes every year. One of the major fault lines is the San Andreas Fault. No major earthquakes have hit the Visalia area. Most quakes are of low intensity and are not felt. The San Joaquin Valley and metropolitan areas are also at risk from blind thrust earthquakes. Parts of the city are also vulnerable to floods.

The Visalia Transit (formerly Visalia City Coach) operates public transportation to, from and within the communities of Visalia, Goshen, Farmersville and Exeter. The Visalia Transit also provides Dial-A-Ride curb-to-curb para-transit service on a shared-ride, demand-response basis to locations within the city limits of Visalia, Goshen and Farmersville.

Amtrak has a bus stop in Visalia for commuting rail passengers with Visalia as their final destination. The nearest Amtrak stations that offer commercial rail transportation service are located in Hanford and Fresno. The Sequoia Shuttle provides an alternative form of transportation from Visalia and Three Rivers to Sequoia National Park.

The Loop is an easy, safe and free way for all school aged kids to get to community centers and recreation centers throughout Visalia where activities for youth are happening.