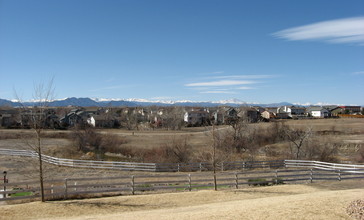 Share:
Care Articles Jobs Westminster, How Are We Doing?

Westminster is a Home Rule Municipality in Adams and Jefferson counties in the U.S. state of Colorado.

Westminster is a northwest suburb of Denver. The Westminster Municipal Center is located 9 miles (14 km) north-northwest of the Colorado State Capitol. The United States Census Bureau estimates that the city population was 106,114 on April 1, 2010 Census. Westminster is the seventh most populous city in the state of Colorado and the 237th most populous city in the United States. Westminster is a part of the Denver-Aurora-Lakewood, CO Metropolitan Statistical Area and the Denver-Aurora-Boulder Combined Statistical Area. In July 2006, it was ranked as the 24th best place to live in the USA by Money magazine.

Bell Tower
Westminster City Hall features a 14-story bell tower topped by a pyramid shaped steel mesh structure. The 130-foot spire, which is widely known and referenced as a community landmark, was first conceptualized as a symbolic tie and tribute to the clock tower of Westminster Palace in England known as Big Ben. The unveiling of the Bell Tower in 1986 was attended by the then mayor of Westminster, England. An English Oak can be seen on the City Hall property today- a gift to Westminster, Colorado, from Westminster, England.

Transportation
Westminster is intersected by several state highways: I-25, US 36, US 287, SH 95, SH 121, and SH 128.
The Denver Regional Transportation District (RTD) provides bus service to Westminster connecting it to Boulder and Denver via The Flatiron Flyer, a bus rapid transit service that travels in the US 36 express lanes.
The Westminster Center park-n-Ride operated by the RTD is located on both sides of U.S. 36 and is immediately across Sheridan Boulevard from the site. Approximately 1,546 people per weekday board at this facility, with approximately 498 buses per day serving this park-n-Ride.
RTD plans to build commuter rail servicing Westminster as part of the Fastracks project that originate in Denver and travel to Longmont and Boulder respectively.
Westminster is served by Denver International Airport and nearby Rocky Mountain Metropolitan Airport.

Economy
Companies based in Westminster include DigitalGlobe and Western Fuels Association.

How did Colorado earn the grade of B? We examined the state taxes based on how age friendly they are. Colorado has a state sales tax of 2.90%. Of particular interest is that Colorado does have taxes on social security. There are no estate taxes. There are no taxes imposed on inheritance. Colorado has an effective property tax rate of 0.57%. Weighing these taxes and other taxes most likely to impact the aging population is how Colorado earned its state tax grade of B.

Learn more about taxes in Colorado