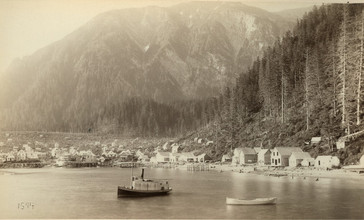 Share:
Care Articles Jobs Juneau, How Are We Doing?
The City and Borough of Juneau ( JOO-noh; Tlingit: Dzánti K'ihéeni [ˈtsántʰì kʼìˈhíːnì]), commonly known as Juneau, is the capital city of Alaska. It is a unified municipality located on the Gastineau Channel in the Alaskan panhandle, and it is the second largest city in the United States by area. Juneau has been the capital of Alaska since 1906, when the government of what was then the District of Alaska was moved from Sitka as dictated by the U.S. Congress in 1900. The municipality unified on July 1, 1970, when the city of Juneau merged with the city of Douglas and the surrounding Greater Juneau Borough to form the current municipality, which is larger by area than both Rhode Island and Delaware. Downtown Juneau (58°18′07″N 134°25′11″W) is nestled at the base of Mount Juneau and across the channel from Douglas Island. As of the 2010 census, the City and Borough had a population of 31,276. In 2014, the population estimate from the United States Census Bureau was 32,406, making it the second most populous city in Alaska after Anchorage. Fairbanks, however, is the second most populous metropolitan area in the state, with roughly 100,000 residents. Juneau's daily population can increase by roughly 6,000 people from visiting cruise ships between the months of May and September. The city is named after a gold prospector from Quebec, Joe Juneau, though the place was for a time called Rockwell and then Harrisburg (after Juneau's co-prospector, Richard Harris). The Tlingit name of the town is Dzántik'i Héeni ("Base of the Flounder’s River", dzánti ‘flounder’, –kʼi ‘base’, héen ‘river’), and Auke Bay just north of Juneau proper is called Áak'w ("Little lake", áa ‘lake’, -kʼ ‘diminutive’) in Tlingit. The Taku River, just south of Juneau, was named after the cold t'aakh wind, which occasionally blows down from the mountains. Juneau is rather unusual among U.S. capitals (except Honolulu, Hawaii) in that there are no roads connecting the city to the rest of Alaska or to the rest of North America (although ferry service is available for cars). The absence of a road network is due to the extremely rugged terrain surrounding the city. This in turn makes Juneau a de facto island city in terms of transportation, since all goods coming in and out must go by plane or boat, in spite of the city being located on the Alaskan mainland. Downtown Juneau sits at sea level, with tides averaging 16 feet (5 m), below steep mountains about 3,500 feet (1,100 m) to 4,000 feet (1,200 m) high. Atop these mountains is the Juneau Icefield, a large ice mass from which about 30 glaciers flow; two of these, the Mendenhall Glacier and the Lemon Creek Glacier, are visible from the local road system. The Mendenhall glacier has been gradually retreating; its front face is declining both in width and height. The Alaska State Capitol in downtown Juneau was originally built as the Federal and Territorial Building in 1931. Prior to statehood, it housed federal government offices, the federal courthouse and a post office. It also housed the territorial legislature and many other territorial offices, including that of the governor. Today, Juneau remains the home of the state legislature and the offices of the governor and lieutenant governor. Some other executive branch offices have moved elsewhere in the state. Recent discussion has been focused between relocating the seat of state government outside Juneau and building a new capitol building in Juneau; neither position has led efforts to keep the capital in Juneau.

There are no reviews for Juneau yet.

How did Alaska earn the grade of A? We examined the state taxes based on how age friendly they are. Alaska has a state sales tax of 0.00%. Of particular interest is that Alaska does not have taxes on social security. There are no estate taxes. There are no taxes imposed on inheritance. Alaska has an effective property tax rate of 1.19%. Weighing these taxes and other taxes most likely to impact the aging population is how Alaska earned its state tax grade of A.

Learn more about taxes in Alaska